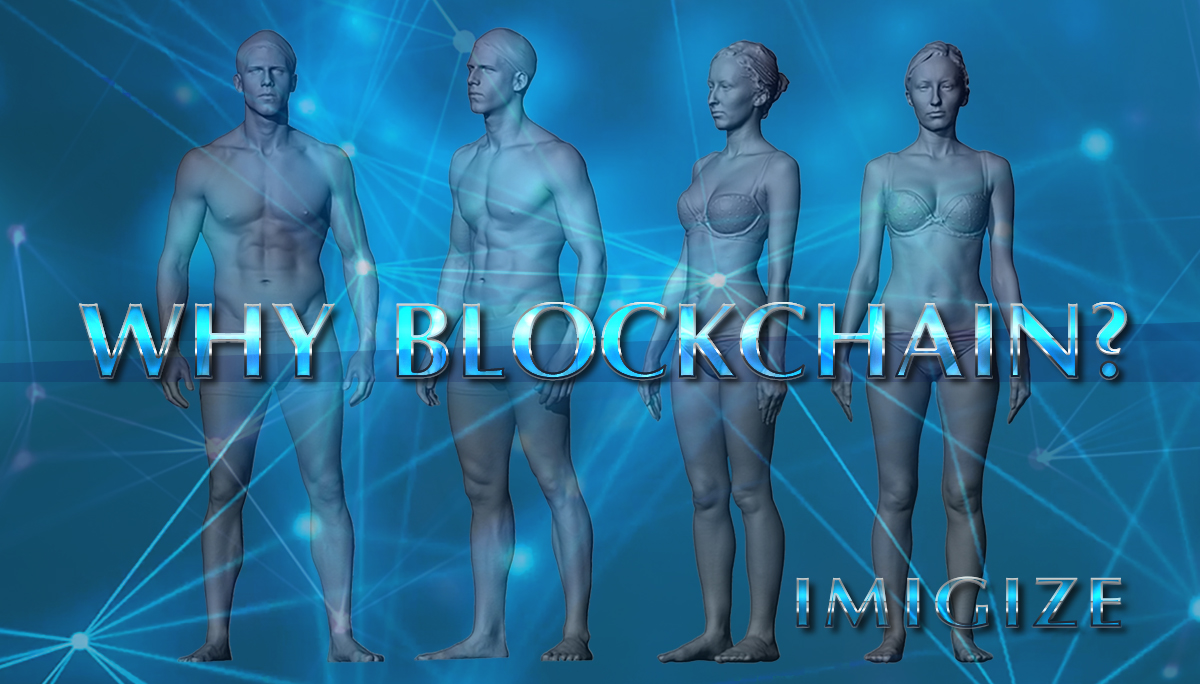 The precise 3D reconstructions open good prospects for further industrial application of the data, for example in the automotive industry (comfortable seats), medicine (creation of prostheses), production of the goods for the sport.

Clothes and footwear industries are very interested in using personal anthropometric data. These are huge markets with an immense variety of goods. According to Statista statista.com the United States footwear market turnover by 2022 will be US$32,153B and the US clothes market is expected to amount US $363,73B.

Based on the marketing survey conducted by the Imigize Group imigize.io, which works with the technologies of contactless fitting of clothing and footwear for the purchases in the Internet, more than 70% of users expressed uneasiness about methods of storage and usage of their private 3D anthropometric data.

Recent events with hacked Facebook accounts, data leakage in Equifax are drawing attention. But these are huge leakages, and probably at smaller companies data leakage and unauthorized data usage occurs more often and just does not cause such a public resonance.

Lately, more and more solutions to this issue are within the scope of blockchain technologies. Blockchain allows to anonymize, encrypt and distribute information in multiple nodes, so if even a single element is hacked, all other data is not compromised.

Storing users’ 3D anthropometric data using the blockchain technology opens up new opportunities for a relationship of trust between users and producers of goods and services.
It’s no secret that every manufacturer of shoes and clothes when creating brand shoes lasts and clothing patterns is guided by a certain average type of the customer.

But getting access to users’ 3D anthropometric data shoes and clothing manufacturers will receive valuable information about the comfort of their products for buyers from different countries.

However, there are issues. GDPR European law, which had come into force, says that in many circumstances, people should be able to require the correction or removing of their personal data.
Yes, indeed, the blockchain technology does not allow you to change your records, as it is exactly this circumstance provides storage of primary information.

What is the solution that we see?
It is using, along with public systems like Bitcoin and Ethereum, private blockchain systems, such as BigchainDB, which is managed by a limited circle of participants.

Secondly, process data using special mathematical algorithms, hashing method. Then only hashes of personal data are put in the blockchain, not the data itself, in which case it becomes possible to delete data without needing to change the blockchain.
And finally, the addition of new records in the blockchain, which
overlaps or cuts off the old ones.

In any case, we believe that blockchain will not be in contradiction with the legislation and will remain the only way to store personal information, thus opening up prospects for the Industry 4.0.

Access to users’ 3D anthropometric data in a safe and anonymous mode through blockchain will allow manufacturers to improve their production models and more precisely focus on customers in each market segment.

By giving access to their 3D data through blockchain, users will be able to get great benefits for example, the use of contactless fitting, which will provide online purchase of shoes and clothing that are guaranteed to be of the proper size.

Soon, perfection of virtual fitting technologies using blockchain for safe storage and access to the 3D data of customers will lead to global transformation of the entire market of clothes and shoes with the transition of the greater part of trade on the Internet.

Home News About us Catalog Contacts For investors